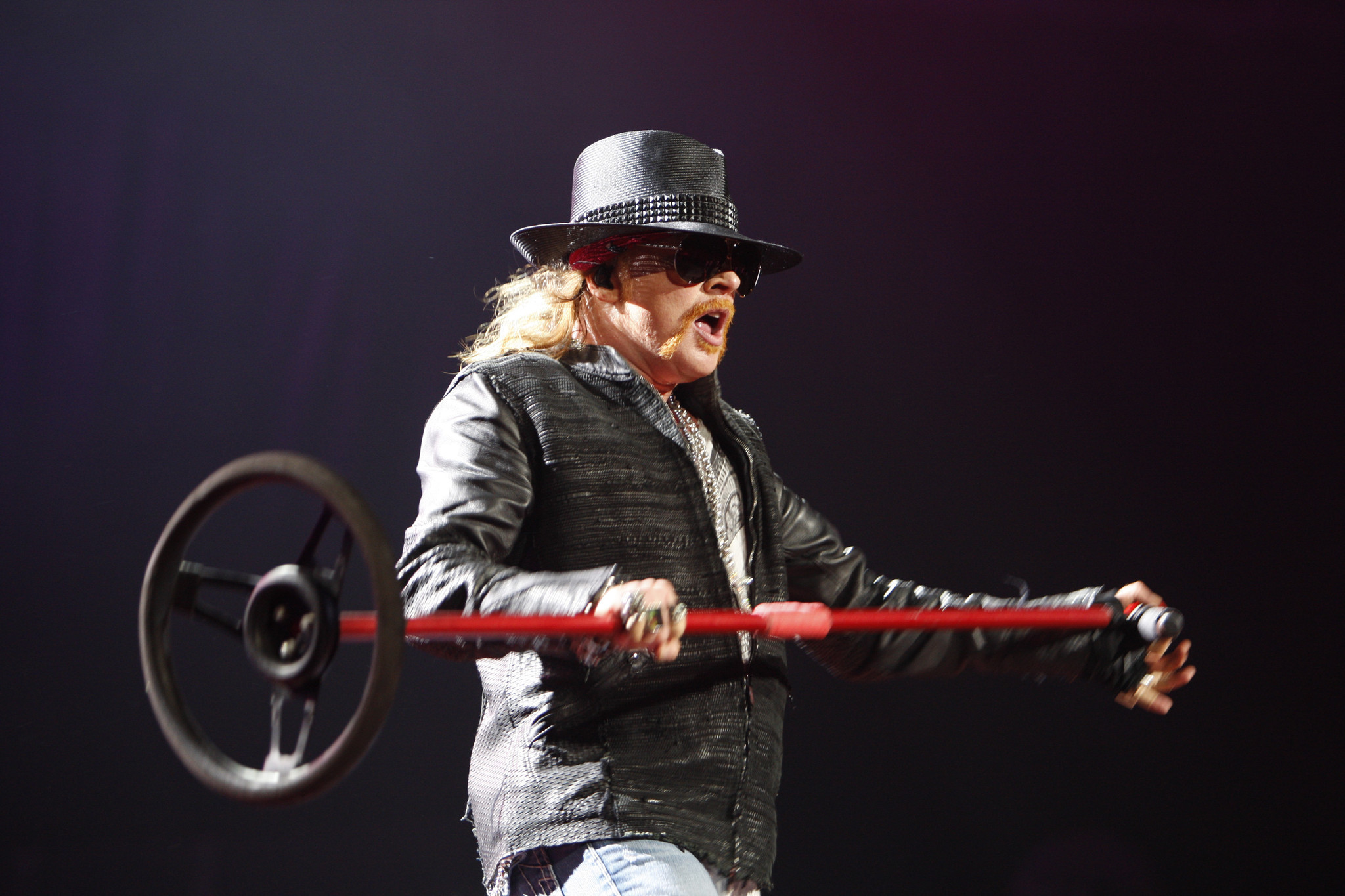 Axl Rose’s Tuesday evening appearance on “Jimmy Kimmel Live” has been canceled. The longtime singer and songwriter with Guns N’ Roses, who will headline the Coachella Music and Arts Festival in April, was expected to make an announcement regarding the Coachella news — as well as to announce a reported Guns N’ Roses tour with former guitarist Slash and other members of the so-called “classic” Guns N’ Roses lineup.